You meant to build a business. So why does it feel like you're stuck in a job of your own making?

Too many times I've heard independent consultants lament: “I feel like a made a job for myself.”

And I know the picture:

You do the client work. You knock out a promotion kind of haphazardly because it's time to fill the pipeline. You do some stuff with email automation because you know you should, all the while thinking there must be some way it should fit in better with… something else.

Little time to worry much about it though, because it's time to do some more client work.

And then you force yourself to make a big creative lurch forward with a lot of writing packed into a small chunk of time because it's all you had. That, of course, leaves you feeling totally creatively depleted.

But then you do some more client work, and realize you should probably be doing some other promotion pretty soon, which would probably be easier if systems were better set up in your email automation…

Why does the work keep getting harder to keep up with, but the business itself never seems to get more stable?

The answer: Your business needs architecture.

(Doing the work is hugely important, don't get me wrong. The point is, you need both.)

Architecture connects all the individual pieces so they all start to work together.

You're staying busy keeping up with a bunch of individual pieces.

Creating architecture in your business lets you build connections between those pieces so they work together. What you do in one place benefits another. Effort pays off across the board instead of only on one specific piece. And you finally start creating consistency and stability.

Without that architecture, you don't have a stable and resilient business. You just have a lot of work.

Most independent consultants expect themselves to magically birth a well-architected business into the world through sheer determination and grit.

You know what you do well, so you do it to the fullest, and you figure the rest will fall into place.

But then you get caught in that all-too familiar unending cycle of staying busy with the many separate demands of all the work you've got on your plate.

And you start getting burned out. Maybe even feeling resentful toward the work you've got, because it starts to feel emotionally and creatively depleting.

You wonder what you're doing wrong, so you do what's always worked for you in other situations: You buckle down and try harder.

Which results in you becoming even more burned out, more emotionally depleted, and more quickly exhausted.

Let's face it: If trying persistently and working hard were the keys to crafting successful businesses, you'd probably be Richard Branson by now, amiright?

Architecting a resilient and profitable business is not the same as doing good work within the business.

Would you say to an airline pilot, “Hey Pilot! You know how to fly the plane, so why don’t you handle all the mechanics of the thing, too?”

You probably instinctively know that doesn't make any sense.

Flying the plane and putting all its parts together in the most effective, stable, up-to-code way are two separate sets of skills, knowledge, and experience. The same person could possess both… but having one set of skills doesn't automatically imply the other.

You're the pilot of your own business. You're flying it, and you're flying it well enough to have amassed a lot of work. Awesome!

But if you're kicking your own butt because you haven't magically become the airline mechanic of your own business too… well, it's time to stop. That's an entirely separate set of skills, knowledge, and experience.

And that's where I can help, because that's the set of skills, knowledge and experience I've got.

If you're ready to build stability, consistency, better profitability, and resiliency in your work, let's talk.

Who's behind all of this? 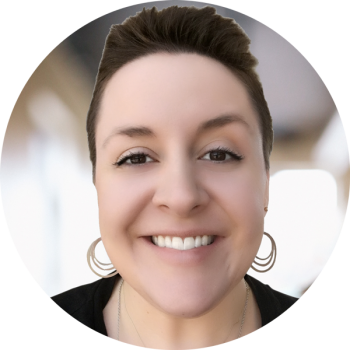 Unlike other consultants, I have a special knack for developing both the Eagle View and Mouse View of your business with you, giving you insight and solutions for the big picture challenges alongside the day-to-day struggles.