Advice from Your Ten-Year Old Self

Jacqueline Thomas wrote a post inquiring what you'd say to your 10-year old self, if you were magically able to visit him or her.

My favorite piece of advice that Jacqueline offered to her 10-year old safe was “Don't Waste Energy Being Nervous.” She's so right when she notes that:

Most people are caught up in the dramatic story of their own lives, and don't have the time to waste worrying about me. Nervousness only comes when you focus on the wrong thing. Instead of focusing on how you feel, focus on what you give.

At age 7, dressing "punk" like my aunt who lived in New York City 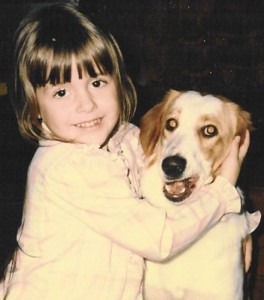 Age 6ish with my dog Tulip 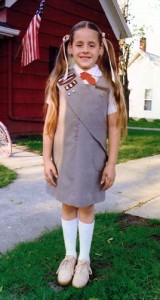